Teddy Zinsnser cruised around the Belle Haven CC golf course in 69-66–135 to win the overall championship at the 95th Bob Riley Junior Open.  The golf course was played at 6,665 yards and a par of 72.  The 16-18 and 14-15 age groups play the same yardage.  Six weeks ago Teddy set a new course record at Belle Haven, his home course, when he shot a 63 from the tips – 6,965 yards – with nine pars and nine birdies.  He is off to Yale University in the fall where he will be a freshman.  Watch out Ivy League conference!

Jimmy Taylor, another Belle Haven junior, shot his best round ever in round two, a five under 67, to capture the top prize in the 16-18 age group division.  Thirteen pars and five birdies sealed the deal.  Eli Thrasher, 1757 Club, took second place in the division.

Marshall Meisel, of the Chevy Chase Club, took the 14-15 age division with 73-72-145.  Ryan Mullally, Columbia CC, and Ryan Moylan, Quail Valley GC in Vero Beach, Florida, tied for second in the age group.  Ryan’s dad Tim, and uncle, Kevin, were both standout players in the WMGA junior program back in the day and both were in attendance at the Riley.

The golf course was in fantastic shape and the juniors were treated to two wonderful days at Belle Haven CC. 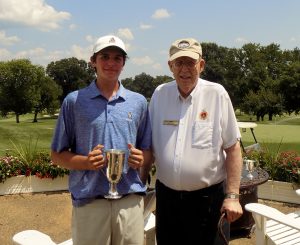 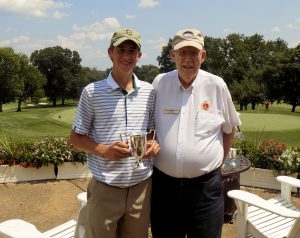 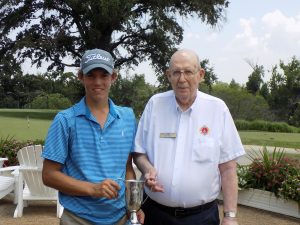 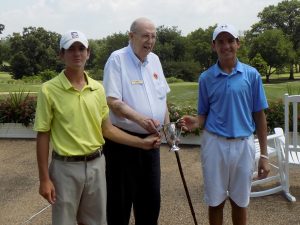 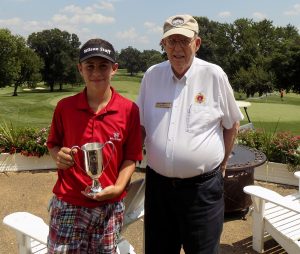 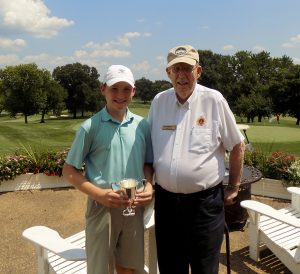