Brenton Flynn, Brian Simpson, Patrick McCormick, and Daniel Neveu each shot 1-under-par 70 in a U.S. Mid-Amateur sectional qualifier at Norbeck Country Club in Rockville, August 21, and for each it was worth a place in this year’s U.S. Mid-Amateur championship, scheduled for October.

There were five places and two alternates on the line, and although four came through in regulation play, it took three extra holes to fill the other spots. For Joe Scheffres, who had one of the first morning tee times, it was a worthwhile wait, as he was the last man standing (after three straight pars) from among six starters, all of whom had posted 71.

The playoff was on holes 8 and 9 and Billy Peel, IV, matched Scheffres on the first two, but a missed five-foot putt on the eighth green the second time around, relegated him to first alternate. Among the other four starters, Phillip Fenstermaker went out at the second playoff hole and became second alternate after John Goldasich, from Birmingham, Ala., and in Scheffres’ morning group; Matt Bassler, and Mark Cusic went out with bogeys at the first playoff hole.

For Flynn, from Vienna, Va., a first-time Mid-Am qualifier, it marked a return to the competitive game after three years of, in his words, ” not doing much.” This time, the 33-year-old, who is in the financial publishing business, had four birdies, three bogeys (35-35) for a course that was played at 6,847 yards to a par of 35-36–71.

Simpson, from Rockville and Manor CC, birdied the ninth from 20 feet, then had two birdies, two bogeys on the back for 34-36. He was an alternate the last time the event was held on this course (2014) and he won the Washington Metropolitan Mid-Am in 2015.

Neveu, from Pinehurst, N.C., ended up in this sectional when others closer to home were filled and he made the most of it. He started on No. 1, had two birdies two bogeys on the front nine, then birdied the 18th. In going to his first Mid-Am, Neveu, 50, hit the ball, “really well,” and missed only two greens. He knew he had to birdie his last hole to tie for the lead, and hit 7-iron to seven feet and sank the putt.

The championship will be played October 7-12 at the Capital City Club in Atlanta, Ga. 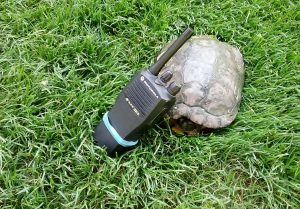 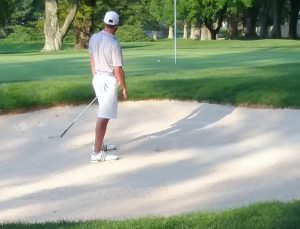 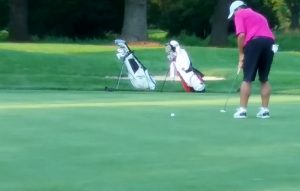