Middle Atlantic Golf Association Past President (1996) Clyde Luther passed away early Friday evening, March 30, at the age of 88.  Clyde was a tireless golf volunteer whose contributions to all aspects of the Game are immeasurable.

He has worked as a volunteer rules official for players of all ages and abilities for over 35 years, and any player who ever played competitive golf in the Mid-Atlantic region knows Clyde.  He has been a mentor to a generation of volunteer golf officials all across the country. Whether it was a local high school match or the final round of the U. S. Open, Clyde gave it the same attention to detail and treated the players with the same level of courtesy, kindness, and respect.

A ‘Cornhusker’, Clyde was born in Hooper, Nebraska on September 11, 1929.  Curiously enough, he was born one day before Arnold Palmer.  Years later the two would become close friends.  He served as pilot in the U. S. Air Force, flying large transport aircraft.  He became a commercial pilot in 1956 with Capital Airways and, after its merger with United Airlines, continued flying until his retirement in 1989.

Clyde was a past president of the Virginia State Golf Association (1985-86), his home club, Springfield Golf & Country Club, and the Virginia Club Association.  He was inducted into the Virginia Golf Hall of Fame as part its inaugural class in 2016.  Clyde became an acknowledged expert on the Rules of Golf and worked as an on course rules official at over 100 USGA Championships.  As a member of the U. S. Junior Amateur Championship, he introduced hundreds of young players to the Rules of Golf.  Many of those players, including Tiger Woods, went on to careers in the pro ranks, as tour players and club professionals.  Clyde co-taught, for many years, Rules of Golf workshops conducted jointly by the USGA and PGA of America, as well as workshops at the regional and local level.

In 2002 the USGA awarded Clyde its Joe Dey Award, which is given annually to a USGA volunteer in recognition of meritorious service to the Game.  Clyde was honored many times, including the VSGA President’s Award (1999), the Mid-Atlantic Section of the PGA David Wortman Citizen of the Year Award (2001), induction into the Middle Atlantic GA Hall of Fame (2003),  GOLF Magazine’s “Innovator Award” (2007), and in 2008 the USGA presented Clyde the Ike B. Grainger Award for 25 years of volunteer service.  Clyde was also an honorary lifetime member of the MAPGA.

There will be a celebration of life for Clyde at Springfield Golf & Country Club in Springfield, Virginia on Monday, April 9, beginning at 11:00 AM.

We honor his memory and contributions to the Game of Golf. 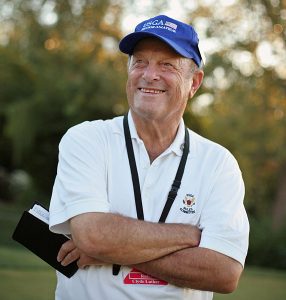 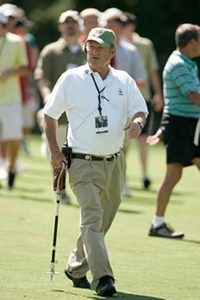 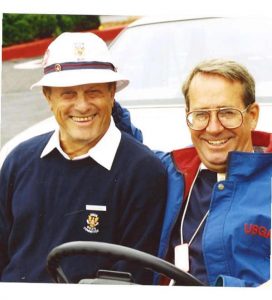