Will Halamandaris, from Annapolis, won two overtime decisions and Nicholas Infanti, from Clarksburg, scored a pair of 2-and-1 victories to fill the final two slots in the draw, August 3, setting up a scheduled 36-hole final on August 4 for the 101st Amateur championship of the Washington Metropolitan Golf Association at Norbeck Country Club in Rockville.

Halamandaris, 20, a senior at Lafayette College, who led all the way in one of his wins Friday, had a yo-yo Saturday. He was not behind in the morning against Brandon Berry, Great Falls, Va., but Berry birdied 16 to tie, they halved 17-18, and Halamandaris won with a par on the first extra hole. In the afternoon, against Teddy Zisnser, from Alexandria, Va., he was never ahead until he birdied the 20th hole to gain the decision.

The scoring was hot in that second match, as Zinsner, shot 4-under and led, 2-up, after nine holes, despite Halamandaris shooting 2-under. Par for the 6,881-yard course is 72. On the back, the latter finally got even with a two-putt birdie at the par-5 17th.  For the last nine, Halamandaris had 32 and Zinsner, 34, giving each a 66.

In the morning quarters, Zinsner defeated Chris Wiedel, from Bel Air, a 31-year-old biotech executive, who tied the match a couple of times but could never get ahead. Zinsner effectively put away the new club champion at Maryland Golf & CC when he won the first three holes on the back with pars, heading for a 4-and-3 win.

Infanti, 22, a senior at North Florida University, was down much of the opening nine against Bart Mease, the 2017 champion from Gaithersburg, but rallied on the back, going from 2-down to 2-up with four birdies in six holes. Along the way, he chipped in at 10, curled in a 25-foot putt at 12, the ball just falling in at the end, and approached to two feet at the 15th for the match’s final birdie. At the par-5 17th, Infanti was on a ridge above the green in three and got a delicate pitch to three feet. Mease, bidding to stay alive, was short in two, pitched to eight feet and — needing the putt — slid the ball by the hole.

In the morning, against Bryce Johnson, Oakton, Va., Mease had two early birdies to gain a modest advantage on the outward nine. On the second nine, Mease increased his lead with two birdies in a run to an eventual 4-and-3 triumph.

Infanti defeated Dan Falls, Columbia, making his first tournament start of the season, in the quarters, although he rallied to tie when he won the first three holes of the back nine. Tied through the 14th, Infanti won the par-4 15th with a birdie and the par-3 16th with an eight-foot straight-uphill putt for another birdie to go dormie. It ended with a half at the 17th. 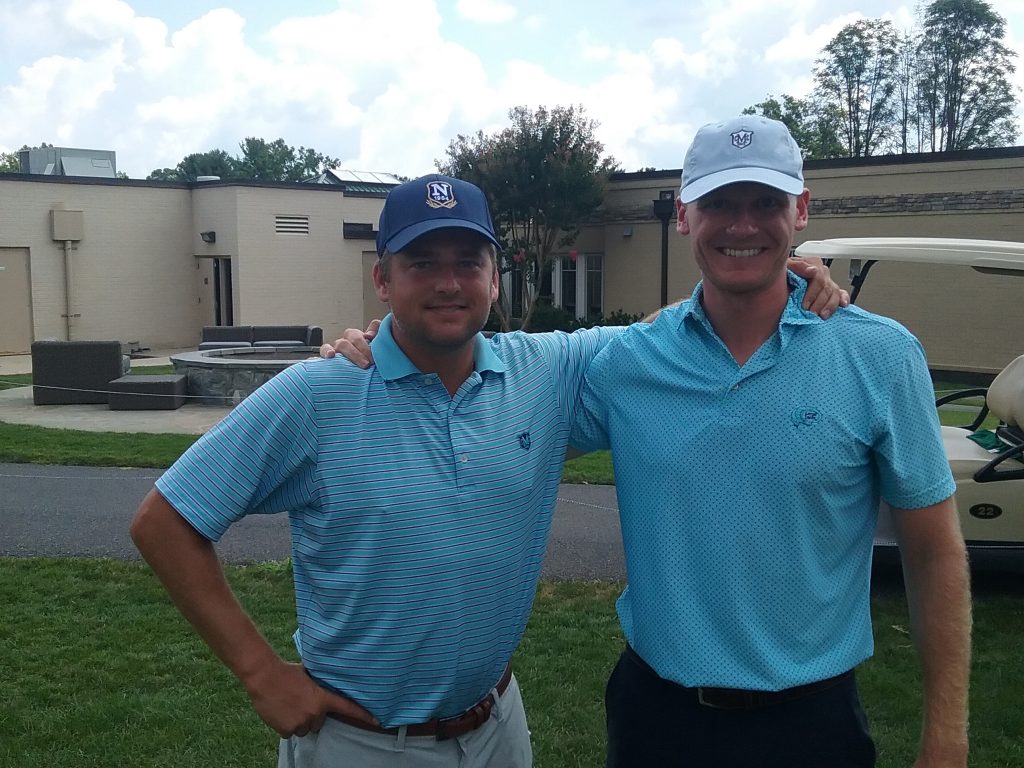