In 2020 Matt Barnes was hired by the Middle Atlantic and Washington Metropolitan golf associations to be their USGA PJ Boatwright intern ⇒ About the Program.

The 2020 season started late and with all USGA qualifiers cancelled the schedule was drastically cut during the summer months.  While gainfully employed as the intern, tournament management opportunities were limited.  When he expressed interest in the position for 2021 the associations rehired him right away.  The experience he gained in 2020 combined with his tournament playing experience made him a natural for the position and helped the associations avoid a search for a new hire.  It was a wise decision on both ends.

When the WMGA Metropolitan Amateur came close he was given the green light to compete, provided he played the qualifier in the AM (third group out) and helped with scoring and other tasks afterwards.  The day before he was responsible for marking the penalty areas, checking course boundary markings, and other ‘grunt’ work while the executive staff performed the course set-up – selecting and marking hole locations and planning tee locations for each day.

Opening the event with a 69 (-3) in the qualifier he was ensured a place in the match play field with the number 5 seed and the possibility of additional days off.  Well, he made good of the opportunity as he would earn time off each of the following days on the way to the championship final.

In round 1 he beat 2016 Met Am runner-up Tracy Vallandingham, California, MD on the 19th hole.  Round 2 was another extra hole match, 20 holes against Walter Neel, a fellow Argyle CC member.  In round 3 Matt knocked off 2021 WMGA Mid-Am Champ Jon Moles 4 & 3. In the semis he knocked in a downhill 11 foot twister for birdie to beat 2018 Champion Charlie Winegardner, setting up the 36 hole final with Zachary Miller of Towson.

Zach Miller, playing out of Baltimore CC played for Stanford University. He was the Team Captain in 2007, the same year they won the NCAA Championship.  He graduated that spring and turned pro.  He played his first two years as professional golfer on the Korean and Gateway Tours before qualifying for the Nationwide Tour (now the Korn Ferry Tour) in 2010.  At that end of that year he graduated to the PGA Tour.  In his rookie year on the PGA Tour he had his best finish, a tie for 9th at the AT & T Pebble Beach National Pro-Am.  He played in  53 Nationwide/Web.com events and 43 PGA Tour events.  He left the tour life, regained his amateur status (a 2 1/2 year process in his case), and went to work in the tech sector in Silicon Valley.  In the spring of 2020 he and his family moved to Towson where he continues his work in the tech industry and is restarting his amateur golf career.

Miller qualified with a 71 (-1) and gained the 15 seed.  In round 1 he took out Dominic Sampedro 3 & 1.  In round 2 he battled Jaxson Schultz, teenage son of Beaver Creek CC Head Pro Dirk Schultz. Zack won 3 & 1.  In the quarters he pushed past Siyuan Lyu 4 & 2 setting up a battle with Alex Hosier from the CC of Maryland.  Miller drives the ball very far and so does Alex Hosier.  It was a battle of two bombers.  He again prevailed, winning 4 & 3, setting up the final with Matt Barnes.

The final match was close after the first nine with each player making 8 pars and a birdie.  The second started with Miller winning 10 but then Barnes won 11, 12, and 13, nearly holing  his second shots on 12 and 13.  They traded birdies on 15 and 16 with Barnes taking a 2 up lead into lunch.  In the afternoon Miller could not gain any momentum and Barnes stayed steady, winning two of his three on that side with pars.  5 up with 9 to play, Barnes was rock steady, losing 11 to a birdie but staying on course with the next two holes tied.  On the the par 3 15th Miller’s tee shot spun off the putting green and came to rest up against the first cut, leaving him a very difficult second.  Barnes nearly hole his tee shot, the ball spinning back to about 6 feet.  Miller’s second from that dicey lie ran by about 4 feet.  Barnes barely missed his birdie try leaving Miller a must make.   His par putt barely slid by, giving Barnes the hole and the win with a margin of 5 & 4.  Barnes was 5 under for the day.  Miller, despite not having his best stuff, made some unbelievable recoveries during the day.  Both players suffered from cool putters at times, but it was Barnes iron play that clearly gained the win.  Almost every iron he hit was close on target.

For Barnes, who graduated from Georgetown University this past spring and played on the golf team for four years, this was his biggest win to date. A past member of the WMGA’s Williamson Cup Team, he found the shirt from that event and wore it for good luck.  It certainly paid off.

For Miller, this is another positive step forward after a hiatus from competitive golf and a continuation of a solid summer campaign back in the amateur ranks.  We can expect more from both in the coming seasons.

In the stroke play qualifier there were 12 twelve players at 74 (+2) who had to play-off for the last two spots in match play.  Eleven of the twelve were on hand to play-off.  Three players, Jaxson Schultz, Caleb Taylor (2021 Bobby Gorin winner), and Kevin Dillard birdied the first hole.  Those three went on to the second where only Schultz parred, earning the 31 seed.  Taylor and Dillard each parred holes 3, 4, and 5.  On the sixth play-off hole, a per 3 of 185 yards, Dillard was bunkered on his tee ball and unable to save his par, with Taylor making 3 and moving on in the 32 seed spot.  Schultz would go on to knock off the number 2 seed, Brad Riley who shot 68 (-4) in qualifying.  Taylor took down the 1 seed, Carlo Pizzano – 2020 Champion, and advance to the quarter finals before losing to Charlie Winegardner on the 5th extra hole.

The Montgomery CC course in Laytonsville, Maryland averaged 6,700 yards each day and played to par of 72.  The Ed Ault designed course may have the best rye grass fairways in the region, providing an excellent playing surface year round.  While on the short side for the long hitters, the course features plenty of dog-leg holes requiring excellent course management and accurate iron play. 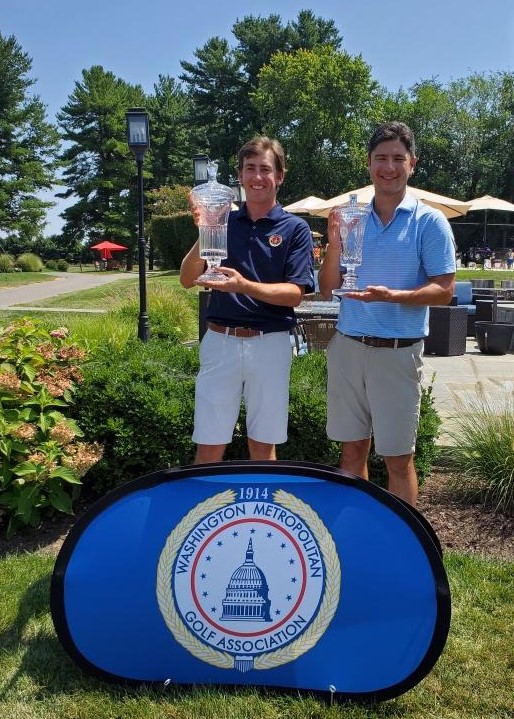 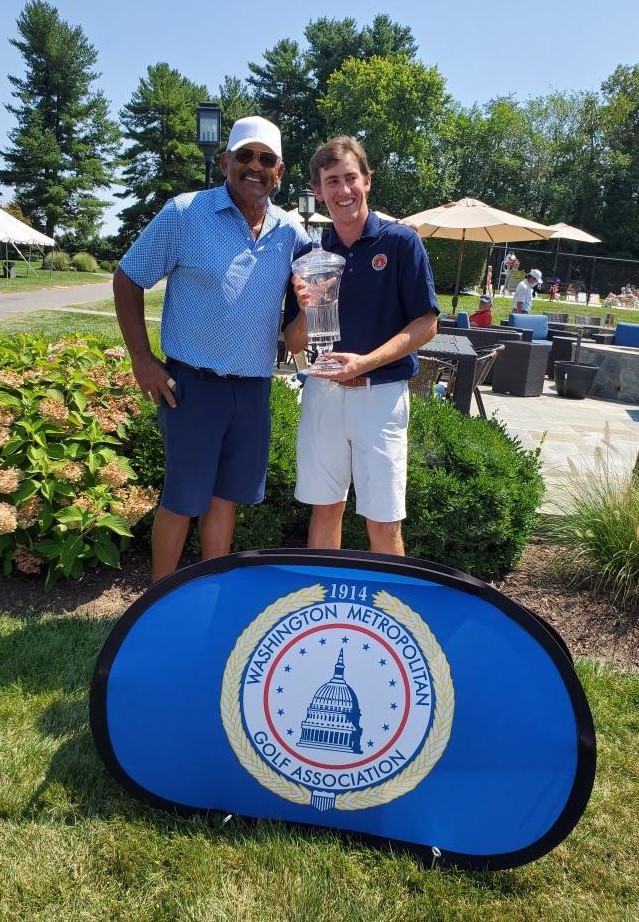