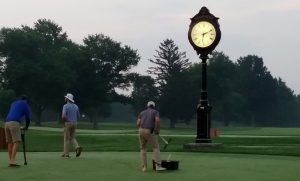 Pieter DeGroot and Keegan Shreves won semi-final matches in the 16-18 age group, but a mid-morning rain storm postponed their scheduled final in the 57th Bobby Gorin tournament at Woodmont Country Club in Rockville until July 28. The final round in the 14-15 division was filled by Marshall Meisel and Connor Ebel, with their match still to be scheduled, while J.B. Vito, a seventh grader from Bethesda, defeated Corey Minkoff, 13, from Gaithersburg, on the third playoff hole to win the 13-under championship. 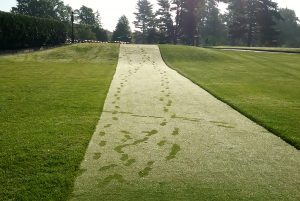 Although the rain forced a suspension of play, there was an early-afternoon window that allowed play in the morning matches to go to their conclusion.

DeGroot, from Potomac, lost an early lead against Matthew Barnes, of Bethesda,, but came back with a winning par at the 18th and a 1-up victory. Keegan Shreeves, from Potomac, defeated Brian Sadler, from Eldersburg, 3 and 2.

Meisel started his match birdie-birdie-eagle for a 3-up lead, but Ryan Feldman won the next three, only to have Meisel take two back, before Feldman closed to within 1 down at the turn. Feldman got even at the 12th, but Meisel won the next four holes for a 4-and-3 decision (he was 2 under par for the 15 holes). The pair was a combined 7 under par for seven holes and 8 under for the first nine. For his birdie, Meisel, 14, hit a 4-iron second shot on the 520-yard hole to12 feet and made the putt.

No more than one hole separated Ebel and Matthew Monastero, from Leesburg, Va., their entire match, as Ebel won four holes, each for a 1-up lead, and Monastero won three holes, each to get back to all square. An Ebel birdie at 17 to go 1 up turned out to be the winner, as they halved the last.

Vito won his first championship when he holed a 15-foot putt — the ball hit the back of the cup and fell in — for a birdie at the par-5 third. Minkoff, right behind Vito, went first, and rolled his birdie bid by the cup. Vito’s control, considering what was at stake, was amazing. He had put his second shot into casual water in a greenside bunker and officials had to locate a proper spot for his drop. Then, from the heavy, wet sand, he was able to get his shot well onto the green.

Minkoff opened with a birdie, but led only until Vito birdied the third and he would not trail again. A par at the ninth gave him 36 for the nine and a 1-up margin. Minkoff got back to even at the 11th and they would halve through the 16th. Vito went 1 up at 17, but Minkin came right back with a clutch putt at the 18th to force the overtime. 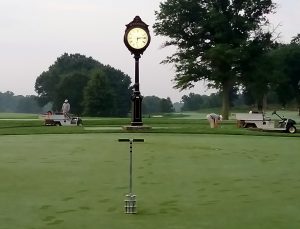 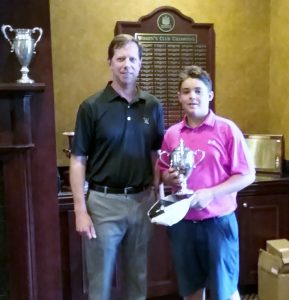 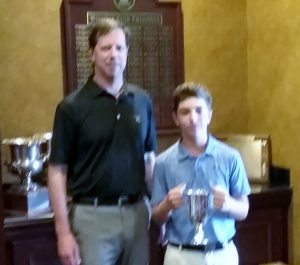 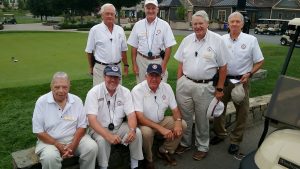