Young Amateurs – Evan Santa, Edgewater, and Crofton Country Club, put up rounds of 70-68–138, and won the 7th Young Ams tournament at his home course, August 9. Brendan Peel, from Potomac (72-69) and Davis Lamb, Potomac (69-72) tied for second, with Peel getting the position on a match of cards.

“I hit it closer [to the flagstick] in the second round,” Santa, 20, said in pointing out a key to his effort. “I drove it well, hit a lot of greens, and both days my putting was consistent.” Last year’s Washington Metropolitan Amateur champion, is a redshirt sophomore with three years of eligibility left after transferring to the University of Maryland from Penn State. 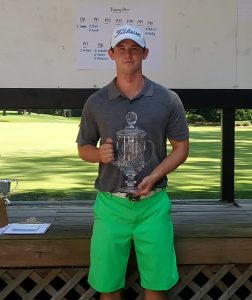 Dewey Ricketts 16-18 Division – Brad Riley, 17, from Olney, the overnight leader with par-72, made it stand up when he carded a second-round 74 for 146, and a two-stroke victory in the 35th Dewey Ricketts Memorial tournament at Crofton Country Club, August 9. 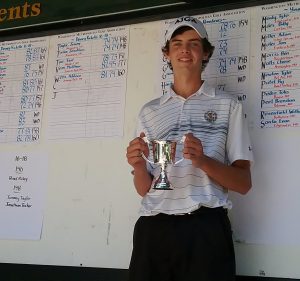 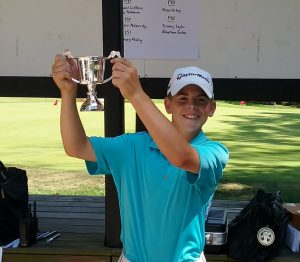 In a one-day event earlier, Jack Pogorelc, from Bethesda, the 10-11 champion two years ago and now 13, defeated Alexander Maloy, Potomac, 12, on the fourth playoff hole with a par to win the 12-13 division. They had tied in regulation with 74’s. Also, the 10-11 division was won by Thomas Kirby, Alexandria, Va.