Carlo Pizzano (College Park, Maryland), a senior at St. Anselm’s Abbey High School in Washington, DC and a member at the Glenn Dale Club in Glenn Dale, Maryland, was selected as the Washington Metropolitan Golf Association 2018 Junior Golfer of the Year.

Selection is based on performance while competing in WMGA junior championships, performance in other local and regional championships, as well as support of the WMGA Junior Golf Program.  While primarily performance based, this award also takes into account sportsmanship and conduct on and off the golf course.

Carlo’s 2018 highlights included winning the individual contest at the Williamson Cup team event in Pittsburgh, leading the WMGA team to its highest finish since winning the event in 2010, when Denny McCarthy was the individual champion.  He finished 9th in the Frank Emmet Schoolboy Championship, was 1st alternate in the U. S. Junior Amateur Championship qualifier at the U. S. Naval Academy G. C., won the over-all championship in the MAPGA 3rd Annual Cherry Blossom Classic, was over-all runner-up in the Mid Atlantic Junior PGA Championship (won 16-18 age division), which qualified him for the PGA Junior Championship in Kentucky.

Carlo is currently in his senior year at St. Anselm’s.  In addition to competing on the golf team, he plays on both the basketball (small forward) and baseball teams (pitcher/shortstop).  Carlo has been recruited to play golf for Loyola University of Baltimore, coached by Chris Baloga.

The Washington Metropolitan Golf Association (WMGA) and its predecessor organization (the District of Columbia Golf Association) have been serving Washington area golfers since 1914.  The WMGA is comprised of member golf clubs within the Greater Washington Metropolitan area.  The WMGA conducts six major junior championships, some of which are the longest running in the country.  The objectives of the association are to promote junior and amateur golf, maintain the true spirit of the game, and provide services to its member clubs. 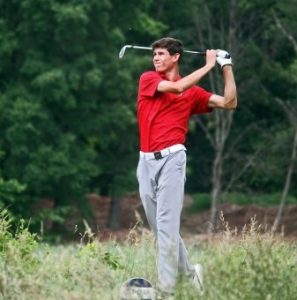 photo courtesy of the MAPGA 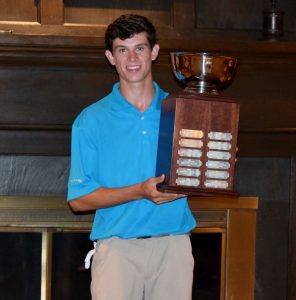 photo courtesy of the Williamson Cup