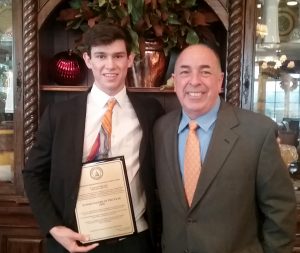 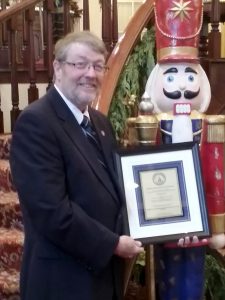 Bill Kost with the Nutcracker!

Pizzano, from College Park, Md., is a senior at St. Anselm’s Abbey High School in Washington, who put together an outstanding golf season. He was the individual champion at the multi-association 36-hole competition in Pittsburgh, Pa.; he was the overall champion of MAPGA Cherry Blossom Classic; the 16-18 champion (second overall) in the Mid-Atlantic Junior PGA championship, and a National Junior qualifier.

Selection is based on performances in WMGA Junior events, and other local and regional events, with sportsmanship and conduct on and off the golf course also taken into consideration. In addition to golf, he also plays basketball and baseball for his high school. He will attend Loyola University Maryland in the fall.

Thomas and Hae Han, TPC Potomac at Avenel Farm, were elected to the Executive Committee, whose other members and the officers, headed by president John Anthony, Manor CC, had their terms renewed. 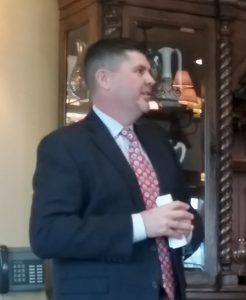 Following a review of the 2018 season and the recognition of champions, Cody Lissner, North Carolina A.&T., and Tyler Koch, Winthrop University, were recognized with renewals for their Frank Emmet Scholarships.John Ronis, a PGA member who runs the John Ronis Golf Academy at River Creek CC in Leesburg, Va., was the guest speaker. Although he operates a full-service business, he emphasized the fact he has a special interest in Junior golfers and how their play has improved, keeping pace with the game’s technology. 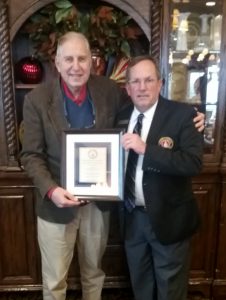 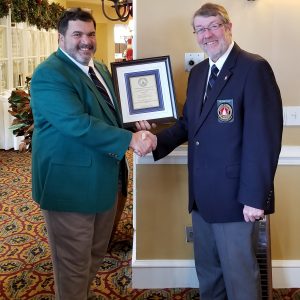 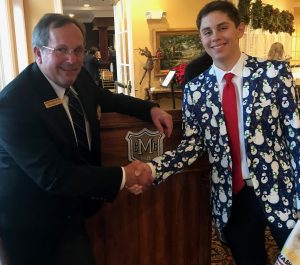 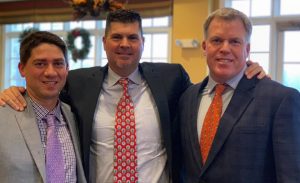 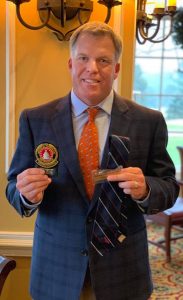