FAR HILLS, N.J. (Nov. 3, 2017) – The USGA today announced Woodmont Country Club in Rockville, Md., as the host site of the 120th U.S. Women’s Amateur Championship. Scheduled for Aug. 3-9, 2020, this will be the first USGA championship contested at Woodmont, which has hosted U.S. Open sectional qualifying for 30 of the last 31 years.

While Woodmont traces its roots to 1913, it moved to its current location in 1950. Alfred Tull designed the North Course, which will host the championship, with input and assistance from Woodmont member Leopold Freudberg and superintendent Rudy Will. In 1999, the course underwent extensive renovations by Arthur Hills that included work on bunkers and teeing grounds. In 2007, Hills completed further work, replacing all 18 original greens, rebuilding greenside bunkers and installing a new irrigation system.

“It is an honor for Woodmont Country Club to have been selected to host the 2020 U.S. Women’s Amateur, and to bring this distinguished championship to the nation’s capital,” said Barry Forman, president of Woodmont Country Club. “We have a long history of hosting U.S. Open sectional qualifying in addition to numerous other golf tournaments and championships. Hosting the 120th U.S. Women’s Amateur is an exciting advance in our efforts to support the broader golf community, and our membership is excited to welcome the best female amateurs in the game to our club and the Washington area.”

In addition to hosting U.S. Open sectional qualifying every year but one since 1986, Woodmont has also hosted three U.S. Women’s Open sectional qualifiers (2010, 2011 and 2012) and numerous state and regional events. Among these events are 12 Maryland State Golf Association open and amateur championships, four Middle Atlantic Amateur Championships and the Bobby Gorin Memorial, a prestigious Washington Metropolitan Golf Association junior tournament that Woodmont has hosted for 57 years.

Woodmont’s South Course is part of golf and USGA history, as well. In the first round of 2000 U.S. Open sectional qualifying, Shigeki Maruyama shot a 58 on the course, a U.S. Open qualifying record.

The 2020 U.S. Women’s Amateur will be the 23rd USGA championship in Maryland. The last USGA championship conducted in Maryland was the 2011 U.S. Open at Congressional Country Club (Blue Course) in Bethesda, won by Rory McIlroy. It will be the third U.S. Women’s Amateur in the state – Katherine Harley won at Chevy Chase Club in 1908 and Barbara McIntire won in 1959 at Congressional.

The 2018 U.S. Women’s Amateur will be conducted Aug. 6-12 at The Golf Club of Tennessee in Kingston Springs, Tenn., and the 2019 championship will be held Aug. 5-11 at Old Waverly Golf Club in West Point, Miss.

The USGA celebrates, serves and advances the game of golf. Founded in 1894, we conduct many of golf’s premier professional and amateur championships, including the U.S. Open and U.S. Women’s Open. With The R&A, we govern the sport via a global set of playing, equipment and amateur status rules. Our operating jurisdiction for these governance functions is the United States, its territories and Mexico. The USGA Handicap System is utilized in more than 40 countries and our Course Rating System covers 95 percent of the world’s golf courses, enabling all golfers to play on an equitable basis. The USGA campus in Liberty Corner, New Jersey, is home to the Association’s Research and Test Center, where science and innovation are fueling a healthy and sustainable game for the future. The campus is also home to the USGA Golf Museum, where we honor the game by curating the world’s most comprehensive archive of golf artifacts. To learn more, visit usga.org. 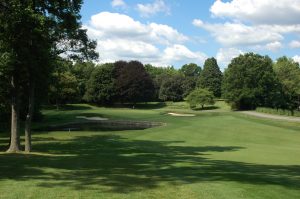 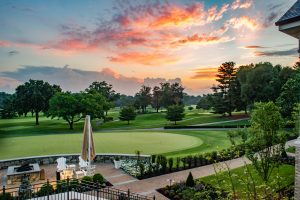 View from the Clubhouse – – photo courtesy of Woodmont CC