Patrick McCarthy was the only one of the top 10 second-day starters to improve his score and that was enough for the Bethesda resident to capture the 96th Bob Riley Junior Open with rounds of 73-72-145 at Belle Haven Country Club in Alexandria, Va., July 18.

McCarthy, 18, a rising senior at Gonzaga College High School, highlighted his round with five birdies, two where he reached par-5’s in two and another when he completed an up-and-down from 65 yards with a 15-foot putt. Two bad shots on the back nine led to double-bogeys, but overall a solid performance.

Last year, he had been Top-10 in this event, but this time he showed a nine-stroke improvement. Earlier in the summer, he made the 36-hole cut in the Schoolboy, closed with 69 for a top-10 finish in the Maryland State Juniors, and reached the quarter-finals of the Bobby Bowers Junior.

The event was conducted by the Washington Metropolitan Golf Association. 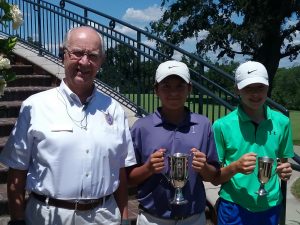 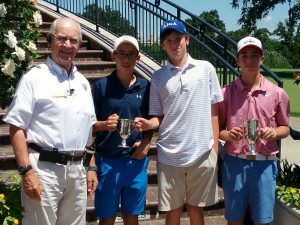 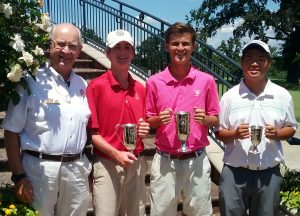