Right now the weather conditions are favorable for playing golf but course conditions may not be.   There is the threat of afternoon thunderstorms later today so please exercise caution and common sense if resuming/beginning a match today.
If one course is unplayable then the match needs to be played at the other. If a match was underway, then stopped, and one course is now unplayable, then that portion of the match will need to be played at the other course.  The match portion from the golf course that is now closed is cancelled and will start over at the course that is open.  As that portion of the match is cancelled, players may be substituted.  In no case may a player who played in the other portion play today.
There are some final results to report.
Beaver Creek CC (2-0) defeated River Creek, winning Division 2 and will advance.
The University of Maryland GC (3-0) defeated Augustine, and has won Division 3.  In the other match in that division, Argyle CC (2-1) defeated Army Navy CC.
Old South CC (2-0) defeated Hobbits Glen GC and wins Division 4.
GC at South River (3-0) edged out Chantilly National G & CC and captures Division 4.
In Division 6, Congressional CC and Breton Bay G & CC will finish up there match Sunday morning.  They finished at Congressional with Breton Bay taking a 7-2 lead.  The other half of the match will continue at Breton Bay, or if it is unplayable, will have play at Congressional.
Piedmont CC and Bethesda CC never got off the ground in Division 7 and will play Sunday afternoon.  Belmont CC and Springfield G & CC are in a hold as well.
Division 8 has TPC Potomac and Crofton CC are resuming early Sunday morning.
More info follow – – – 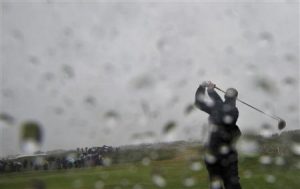