The Washington Metropolitan Golf Association will assemble on Saturday, December 14, for its Annual Luncheon, where the nominees for seats on the Executive Committee will be presented and voted on. 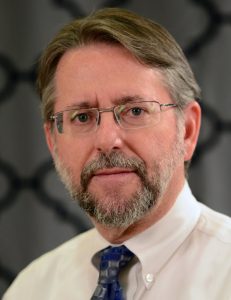 Eric Howell – Eric is a native of Chevy Chase and has been golfing seriously for 18 years, initially catching the bug while attending Whittenburg University in Ohio.  He is a member of the Argyle Country Club in Silver Spring and has served on a range of committees during his six years at the club.  Hs is an avid golfer who competes in many area competitions, inter club matches, and USGA qualifiers.  He has won a  variety of club championships at both Argyle and other clubs in the region.    Eric currently lives in Chevy Chase with his wife Michelle, and daughters Samantha and Stephanie. Samantha is currently a senior at Washington College in Chestertown and Stephanie is a freshman at St. Mary’s College of Maryland in St. Mary’s.

Bill Preston – Bill is a native of Richmond, Virginia and now lives in Washington, DC.  As a youngster, he lived in Northern Virginia, graduating from Episcopal High School.  He is a graduate of the University of Virginia with a BA in Economics and followed that with a MBA from the Columbia University School of Business.  His professional career has been in banking, finance, and education, spending 11 years as a Vice-President at Citibank in corporate finance, then a number of years with Alex Brown.  He was also part owner of a small distribution company.  He then ventured into education, working as the CFO at three independent schools,  first in South Carolina (Greenville) then the Washington International School in Washington, DC, and finally the McLean School, in Potomac, Maryland, from which he retired in 2016.  Bill has been an active member of the WMGA/MAGA combined rules team for a number of years.  He is married and has two children and two grand children – with number 3 on the way at any time (as of this writing)!  He is a member of the CC of Virginia and Fishers Island Club in New York and plays his golf locally at the University of Maryland GC.  Bill has been a volunteer rules official for several years.

Charles Rolen – Charles is a native of Washington, DC and currently lives in Northern Virginia.  Charles is a retired federal government employee. He currently serves as a part-time consultant and advisory board member for several Defense Intelligence contractors.  He joined the Federal Government in 1980 as a cartographer, but spent most of his 35 year career with the Defense Intelligence Agency.  Much of his work was in focused on critical military operational support.  He retired from the DIA as the Chief, Integrated Analysis and Methods Office, ending a highly distinguished career, and recognized on several occasions with awards of merit.  Charles is a member of the Springfield G & CC and serves on its Rules of Golf Committee.  Charles has been an active member of the WMGA/MAGA combined rules team for a number of years and has assisted the MAPGA, NCAA, VSGA, and the Virginia High School League as a rules official.  He has been active in rules education, presenting workshops to numerous club groups and college golf teams.

The WMGA Annual Report of the Nominating Committee is available ⇒ Here